Sigri Coffee Estate in the Highlands of Papua New Guinea was established in the 1950’s. The altitude of the Waghi Valley where this coffee plantation is located is 5,200 feet above sea level, and the size of this estate, and their sister estate, Bunum Wo, which have both gained the reputation of producing the finest quality coffee in the country, is about 1,123 hectares. In addition, Sigri now fully manages 413 hectares of “project coffee” owned by neighboring local landowners/farmers. Sigri Plantation enjoys a cool climate because of its high altitude of around 5,600 feet, and has bountiful rainfall, an ideal environment for growing these Typica and Arusha varieties of Arabica coffees.

The Plantation(s) employs about 6,000 people in the peak-harvesting season, and about half, live permanently in company owned housing on the plantation. It is estimated that for every employee, there are approximately 6 dependents that rely on the Plantation for their livelihood. Sigri Plantation also provides employees and their dependents with a free medical clinic on the plantation, and pays their school fees, and has its own elementary grade school for employee’s children. Sigri Plantation is also active in local community relations and support, including assisting local women’s groups, and is in the process of starting up educational workshops to teach subjects ranging from basic health care, to seamstress classes. Sigri Plantation employs a woman as a full time Community Relations Officer to oversee local community affairs; particularly with regard to “gender equality” and projects that enhances women’s status in the community. Sigri Plantation also undertakes local road and bridge maintenance, and other civic works projects, for the local community.

On Sigri Plantation, every effort is made to protect the environment by employing good sustainable long-term agriculture policies. The Plantation maintains a medium density shade strategy, which promotes a good even ripening of its cherry. The two types of shade trees that grow on Sigri are Casuarinas and Albizzas. Casuarinas are favored by parrots, and two most common kind found on the plantation are the Rainbow Lorikeet and the Double Eyed Fig-Parrot. A total of 160 different bird species have been recorded in the Wahgi Valley, of which 90 species alone have been found on the Plantation. The most common birds found on the Sigri Plantation are those which feed on the honey nectar from the Albizzia trees. Species such as the Brush Cuckoo, Brown-breasted Gerygone, Black-headed Whistler and the Superb and Raggiana Bird of Paradise, which is the national emblem of Papua New Guinea, and is depicted on the Sigri coffee sacks. The Wahgi Valley River flows through part of the Sigri Plantation, and swamp forests protect the banks of the river there.

There are notable spice notes in the fragrance.  In the cup the coffee has a rich full body and bright vibrant acidity.  Certainly, it has the complexity that Sigri is famous for with a brown sugar chocolatey finish. 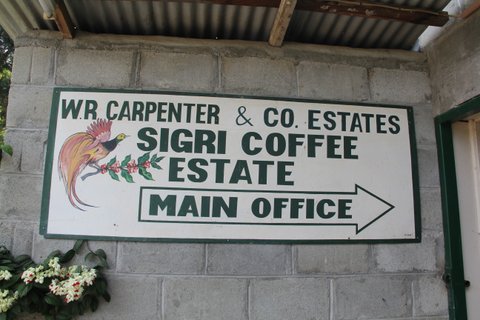 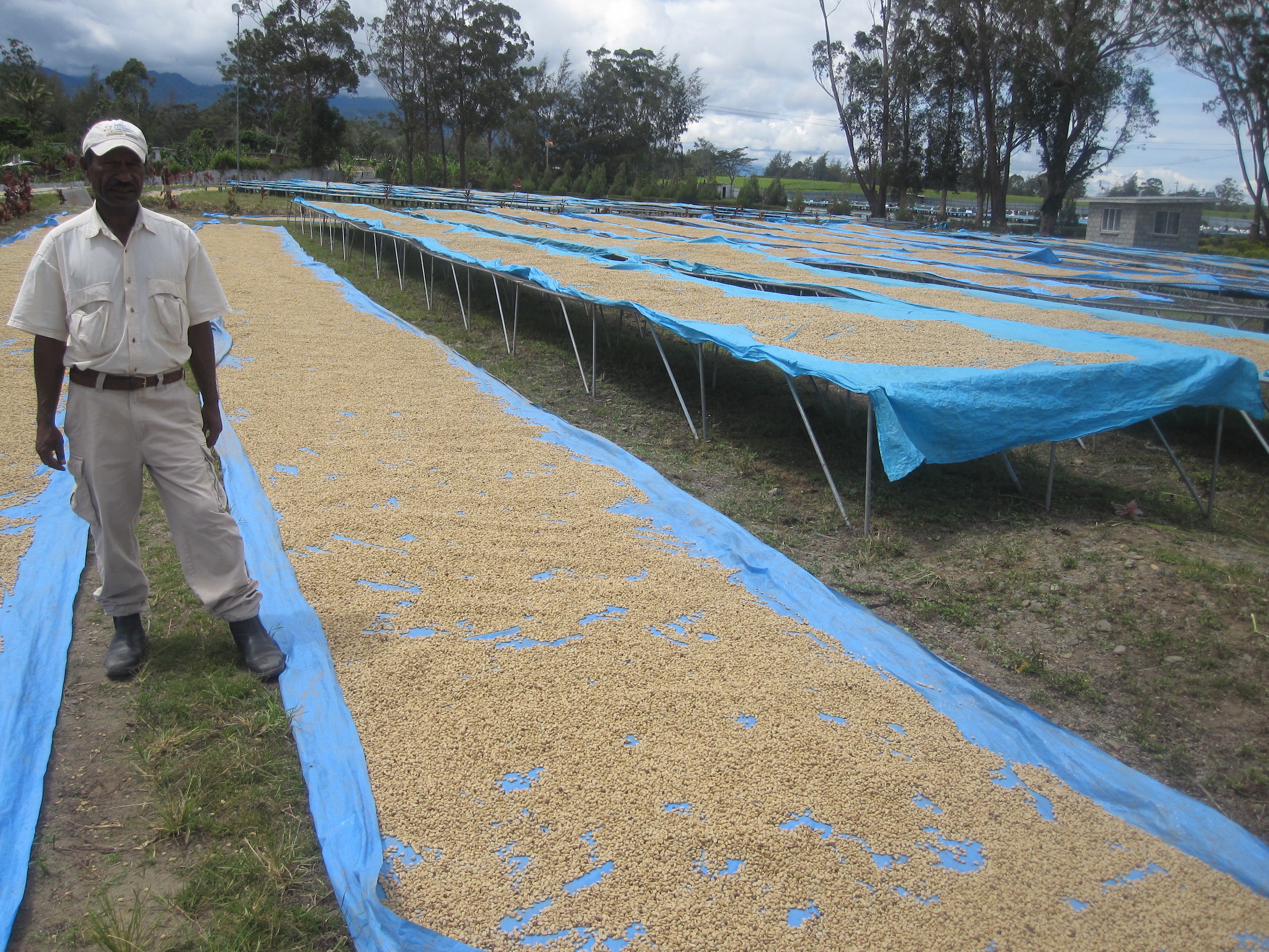 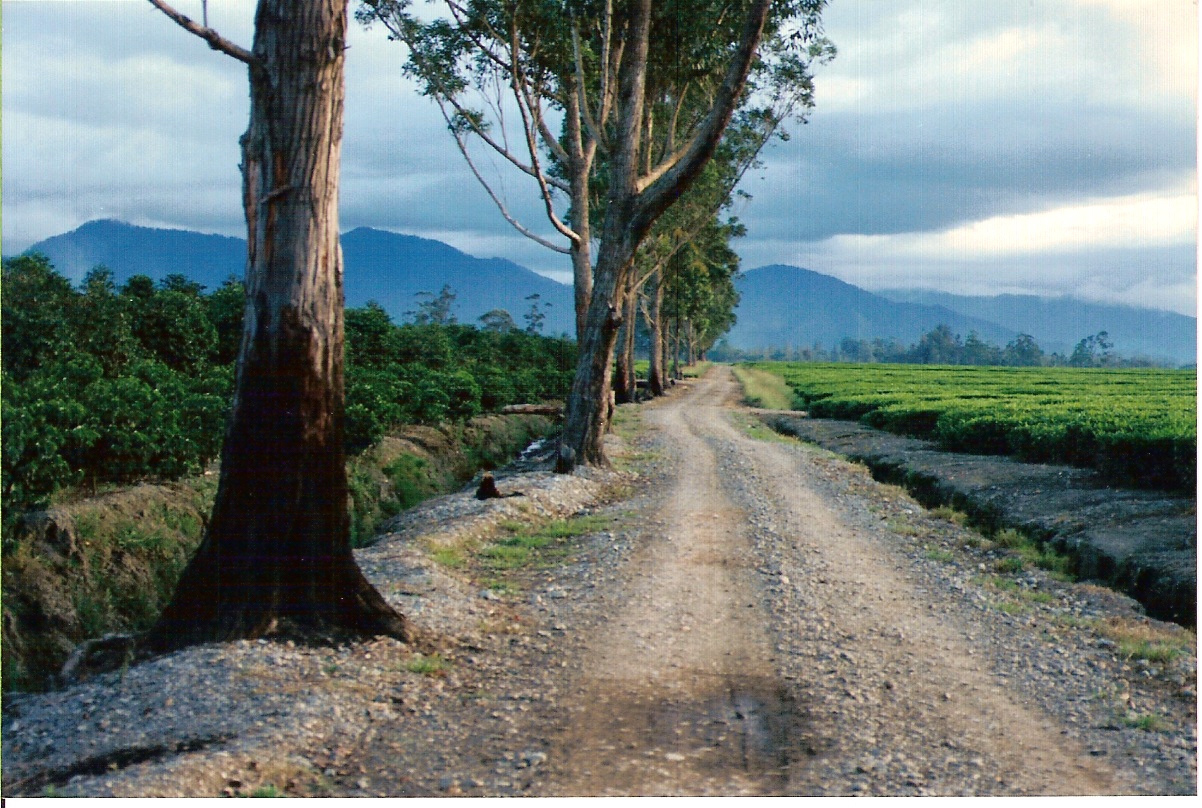 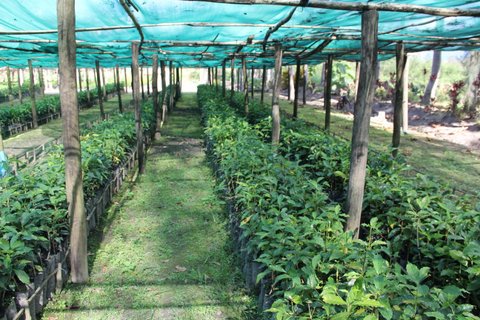 At Armenia Coffee Corporation, it is our mission to satisfy all of the needs of our customers. As such, if you have any questions or concerns, please call us today.

Security Policy
Your payment and personal information is always safe. Our Secure Sockets Layer (SSL) software is the industry standard and among the best software available today for secure commerce transactions. It encrypts all of your personal information, including credit card number, name, and address, so that it cannot be read over the internet.

Refund Policy
All payments are final and no refunds will be processed.

Shipping Policy
All items will ship within 2 business day of the order being placed.